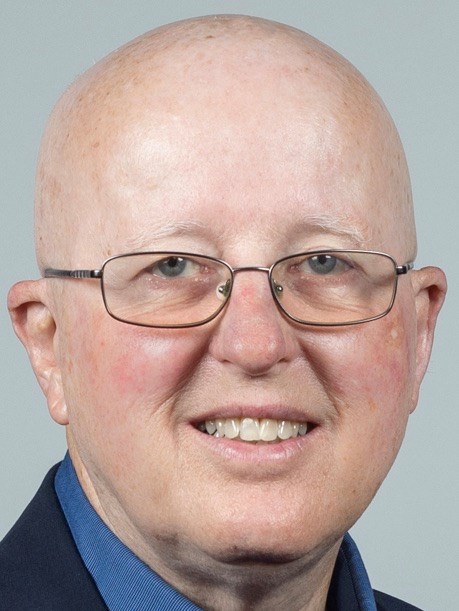 I have over 45 years of public service to my state and country and have spent much of the past eight years back home in Gainesville heavily engaged in public policy as an "active citizen". I will continue to stay engaged, both as a neighborhood leader, and as a monthly contributor to the Gainesville Sun. Visit the "News" section to see a collection of my monthly opinion pieces published in the Sun. Visit the "Issues" section to see other writings.

This Op-Ed was published online at gainesville.com June 1, 2022 and will be included in the Gainesville Sun's Issues Section on Sunday, June 5, 2022.  It describes the many affordable housing solutions that are working and even more importantly, are focused on those who really need help.

What does Mayor Poe's inclusionary zoning plan mean to you?

Bottom line: In addition to making money for developers and absentee property owners, it will destroy family neighborhoods.  Read on.

For non-subscribers, here is the full text:

The proposal for “small scale multi-family development” would allow 2-to-4-unit housing types in the consolidated RZ district.  The staff says these changes would facilitate diversification of housing types to meet increasing housing demand and allow for a more “equitable” development pattern in Gainesville.

Under the proposal, RZ zoning will not eliminate single family housing as a “permitted use”.  Rather, it would introduce the opportunity for small scale multi-family development in all residential areas, thereby providing homeowners with development options that they may choose to explore at their option.

Similarly, the staff asserts that new lot size and setback requirements associated with RZ will not amend existing lot sizes but will provide development and lot split opportunities for homeowners to explore at their discretion.

In an attempt to ameliorate concerns about the compatibility of such structures, the staff proposes to require such small scale multi-family development to have a façade that is “aesthetically compatible” with the characteristics of a single family home.

The current Mobile Home (MH) zoning district would also be amended to incorporate small scale multi-family development, also with a requirement to provide a façade consistent with a single family home (in a trailer park?).

One might reasonably ask, since when are multistory apartment complexes, catering primarily to unattached students or single persons, and rented by the room, built for “families”? Classifying such structures as “multi-family” is a gross misnomer. They are built for multiple unrelated singles.

The proposal would also increase the bedroom limit per apartment in the UF Context Area, either by increasing the limit from 2.75 to 3, or eliminating it altogether. The staff says this is needed in order to provide more housing opportunities for students. It is asserted that UF’s context area bedroom limit encourages developers to build single family homes as opposed to attached housing.

Finally, the proposal would remove restrictive language concerning setbacks and compatibility requirements and streamline the process for splitting a lot, thereby making it easier to increase density. Height limits would remain at three stories.

Mayor Poe justifies all this in the name of “equity”. Based upon an “Exclusionary Zoning and Inclusionary Zoning Housing Study”, it is ostensibly intended to address housing access and quality, housing cost burden, and racial segregation. However, planning staff also said that these changes will allow homeowners to “extract wealth” from their property. See Minute 16:27 here:

In University Park alone, north of the campus, 62 percent of the residential parcels graphically shown here are owned by non-homesteaded absentee property owners, including over 40 corporations, renting mostly to students. Extracting wealth, are we?

However, on September 3, 2020, they approved ADUs, allowing one attached and one detached, with no owner-occupancy requirement, the functional equivalent of a triplex.

This proposal goes much further, adding quadraplexes and removing occupancy limits. Who benefits most, those principally desiring to “extract wealth”? Will this so-called “multi-family” housing be accessible, affordable, and desegregated?

This is another “top-down” developer-friendly proposal being pushed through by Mayor Lauren Poe with little community engagement. Profit, not equity, is the result, if not the true motivation.

Robert Mounts, a retired attorney, is the immediate past president of the University Park Neighborhood Association, Inc.

For non-subscribers to the Gainesville Sun:

Efforts to give the public a real voice in local development decisions continue but City staff proposals would severely limit this opportunity. As I wrote in January, Gainesville’s 2017 Comprehensive Plan and Land Development Code effectively cuts the public out from any meaningful opportunity to question, influence, or object to any individual development plan. However, there has been at least some hope that the public might finally get a public hearing on intermediate and major development plans.

At a June 14, 2021 special meeting, shortly before Commissioner Gail Johnson resigned her seat, she finally got enough votes for a request that the staff bring back a draft ordinance that would require every intermediate and major development plan be approved by the (appointed) Development Review Board (DRB), thereby giving citizens that public hearing. Commissioners Desmon Duncan-Walker, David Arreola, and Harvey Ward joined Johnson in that pivotal 4-3 vote. However, Commissioner Adrian Hayes-Santos pushed through several questions designed to show this proposed change would only increase costs for developers.

Previously, I wrote it was probably not an ordinance the staff wanted to write as it could subject developers to the uncertainty of a “discretionary” (or allegedly “political”) decision. Even if adopted, city attorneys would counsel that the DRB’s role is “quasi-judicial”; thus, a development plan must be approved if it otherwise complied with the Code, even against broad public opposition. My concerns were prescient.

On February 17, the staff tabled the draft ordinance (Legislative #200722A). Instead of the change Johnson asked for, the draft proposed to eliminate the staff’s Technical Review Committee, substitute a Land Use Administrative Hearing Officer to conduct quasi-judicial public hearings only for major development plans, and require Board review only when a variance was requested by the developer. No public hearing would be required for intermediate or smaller (“rapid”) plans, or for “by right” development plans, those not requiring a zoning change, variance, or special use permit.

To help this pill go down, the draft proposed minor improvements to notice and neighborhood workshop provisions to document public participation that would not be binding on the developer.

The staff presentation included a defense of “by right” development, saying it provides developers predictability and lowers costs. The underlying premise is that a “rules-based” system reduces risks and costs for developers and thus, without evidence, incentivizes them to build “affordable”, lower cost housing.

In Gainesville, with over 77,000 college students needing temporary rentals near their college campuses, how much affordable housing has existing by right, “rules-based” development actually produced?  Next to none. When a developer can build a high-rise luxury apartment building and rent individual rooms to students for better than $1100 per month, what incentive is there to build affordable “work force” housing anywhere in the city? Nothing being built here under this system is “affordable” for the working poor or indigent renter.

Instead, what we see is land being transformed from what once was affordable housing in an African-American neighborhood, Seminary Lane, to a multi-story 313-unit, 891-bedroom apartment complex that will cater primarily to students at market rate. Similar projects are going up elsewhere.

Existing policy in Code Section 30-1.4 exhorts reviewers “to protect the character and maintain the stability of residential, commercial and industrial areas”, including the “protection, enhancement and perpetuation of specific community areas with special character, interest or value representing and reflecting elements of the city’s cultural, social, economic, political, historical and architectural heritage”. If this had been a threshold requirement for staff review, Seminary Lane might have been saved.

Fortunately, by a somewhat surprising vote of 6-1, with Hayes-Santos still dissenting, the Commission voted on February 17 to refer the draft ordinance back to staff for amendments to require DRB review of intermediate and major development plans, rather than a single Hearing Officer, to increase the threshold for “intermediate” development plans to 50 units, and to require minor improvements to notice provisions. The revised ordinance must now be readvertised and brought back later.

However, even if passed, DRB review would still be considered “quasi-judicial”, not fully discretionary. As the Director of Sustainable Development said, “there is very, very little discretion in this process, regardless of who is doing the review”. This material weakness should be cured by Code language warning developers that “notwithstanding any other provision of existing law, nothing shall be final and no entitlement shall vest until approval by the DRB after a duly noticed public hearing”. This could give the public a real voice. No such plan should go forward without broad public support.

A tale of two cities

This opinion piece addresses the problems of late-night violence in the City of Gainesville, Florida, which has been exacerbated in part by recent changes in the "Open Container" ordinance.

Thank you for signing up!

What does Mayor Poe's inclusionary zoning plan mean to you?

A tale of two cities